skip to main | skip to sidebar

Assam's popular national park Kaziranga who usually remains in news for rhino poaching, will soon come under camera surveillance. Central government of India have approved Dispur's  ambitious project to install thermal cameras at different locations of core area in Kaziranga national park which covers 430 sq.kms. This will help park authority to maintain eye on different locations to check any poaching activity or movement of any suspicious activity so that they can respond quickly. This will reduce their response time due to which, some unprecedented incidents can be avoided.

This approval has come at a time when Kaziranga is passing through its worst time and relentless poaching activities are going on. All the efforts of park authority have proved insufficient to curb rhino killings. Assam state government is facing massive protests by different NGO and wildlife organizations due to their failure to control poaching activities.

Forest and environment minister Rakibul Hussain informed the reports that National Tiger Conservation Authority (NTCA) has sanctioned  rupee 3 Crore to install 12 electronic surveillance devices in the park in phased manner. In first phase 8 such devices will be installed in current financial year 2013-14.  These devices will be installed in towers of height 30 to 45 meters maintaining the distance of 20kms from each other. At present such devices have  It will be used to monitor the movements inside the park from 3 central control rooms. One will be at head office in Bokhakhat range, laying in Golaghat district, second in the office of principal chief conservator of forest in Guwahati and third will be at NTCA office in New Delhi. Control room will coordinate with staff of anti-poaching team to initiate prompt action as and when required..

It is the important and welcome move of government as recently it has turned down proposal of using UAV's for aerial surveillance, by giving security reasons.  In addition to this, a rapid action team will also be deployed
Posted by: Indus Excursion Wildlife Tour Operator: Indus Excursion at 7:57 PM 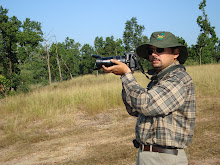 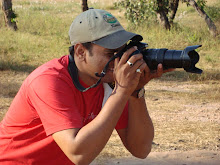 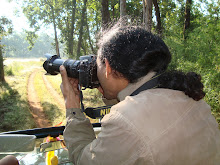 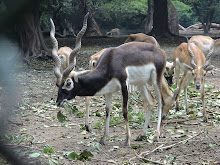